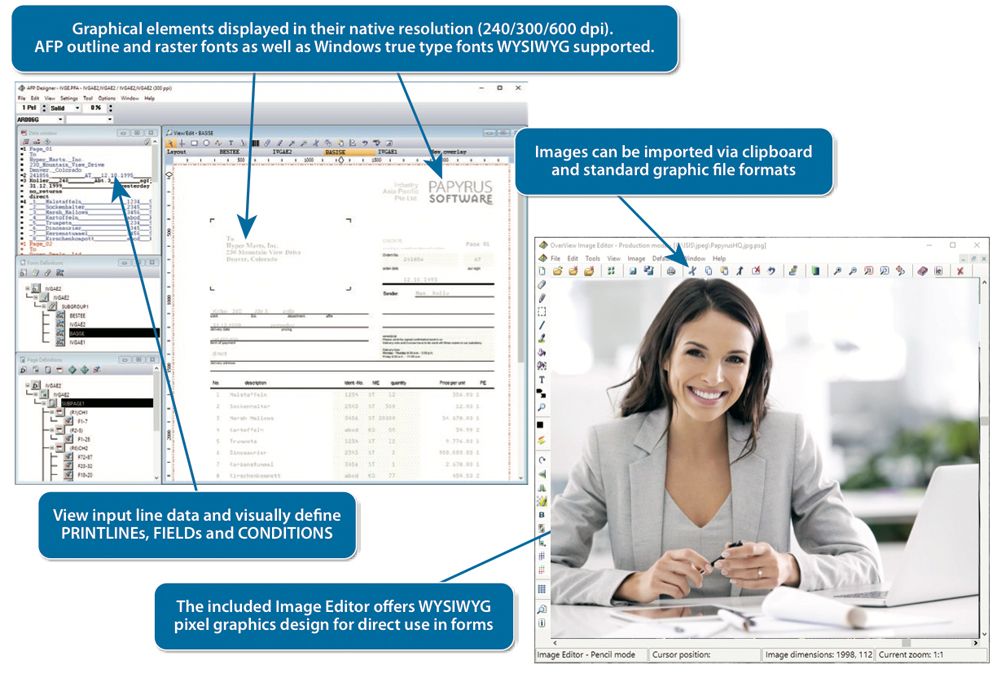 OverView AFP Designer for AS400/iSeries makes it easy to build complex document and form print applications. You can design document layouts from building blocks like images and electronic forms and automatically retrieve application data or spooled files from iSeries.  You can easily design the final layout by combining data, forms, and images and then uploading all components to iSeries for production.

The traditional iSeries Data Description Specifications (DDS) interface is not required, which has two major advantages: First, it is a fully graphical design environment, while DDS is a programming interface. Second, it is application independent. You do not have to modify the existing application code to redesign your application output.

The AFP Designer is fully compatible to the IBM Advanced Function Presentation standard (AFP) by using form and page definitions and enables therefore the usage of the developed applications on any operating system and printer platform. This guarantees unlimited application growth and printer independence for all your print and document form applications using Advanced Function Printing/Intelligent Printer Data Stream (AFP/IPDS) to match with industrial printing.