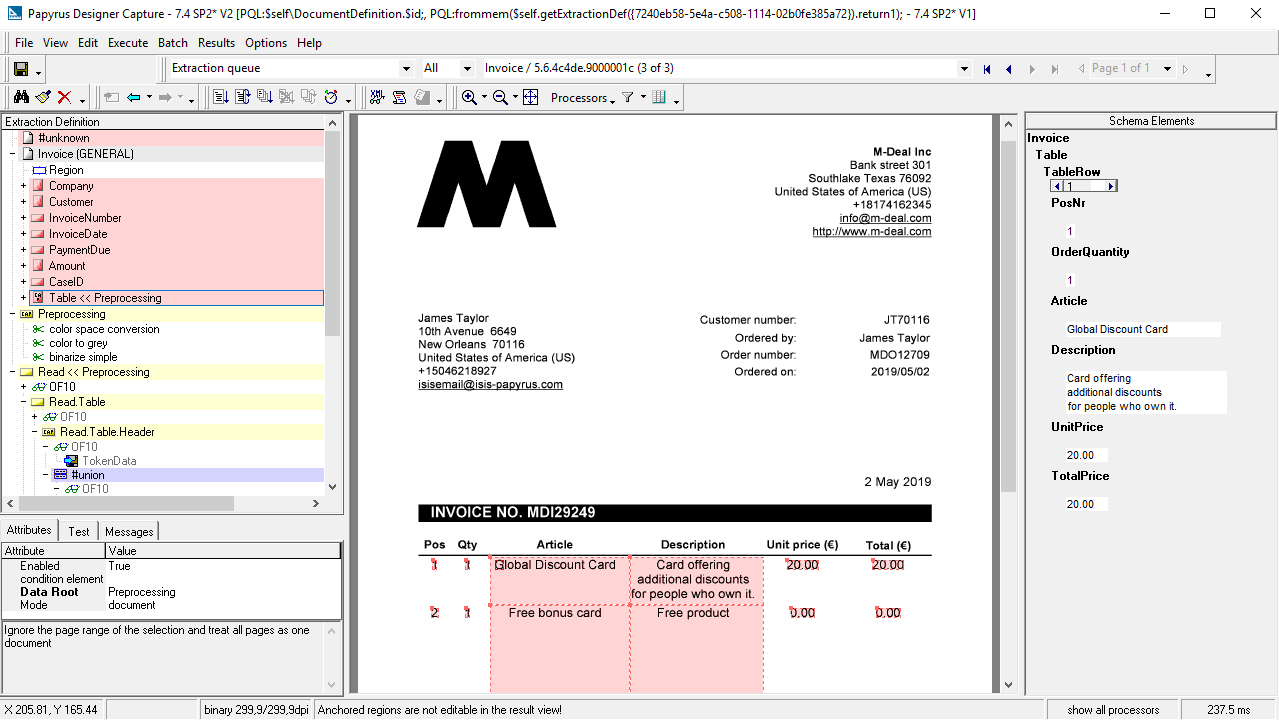 The Papyrus Designer/Capture is a self-learning, user-trained document capture solution. It specializes in supporting business capture and OCR needs during content and case-management operations, such as extracting/indexing documents in the business case (on the fly, on demand), but also lifting fields from arbitrary documents, again ad-hoc and on the fly. This is possible because the Papyrus Business Designer/Capture does not require IT-involvement, it gives all the power into the hands of the actual users (clerks) of the application.

It is natively integrated within Papyrus ACM and is fully supported by it. Any document can be extracted on the fly, regardless whether a document template has been created for it or not. Extraction definitions created by one user can be shared with other users, or entire departments, with a process similar to the ACM based change-management ISIS Papyrus has developed for its Business Correspondence Solution. 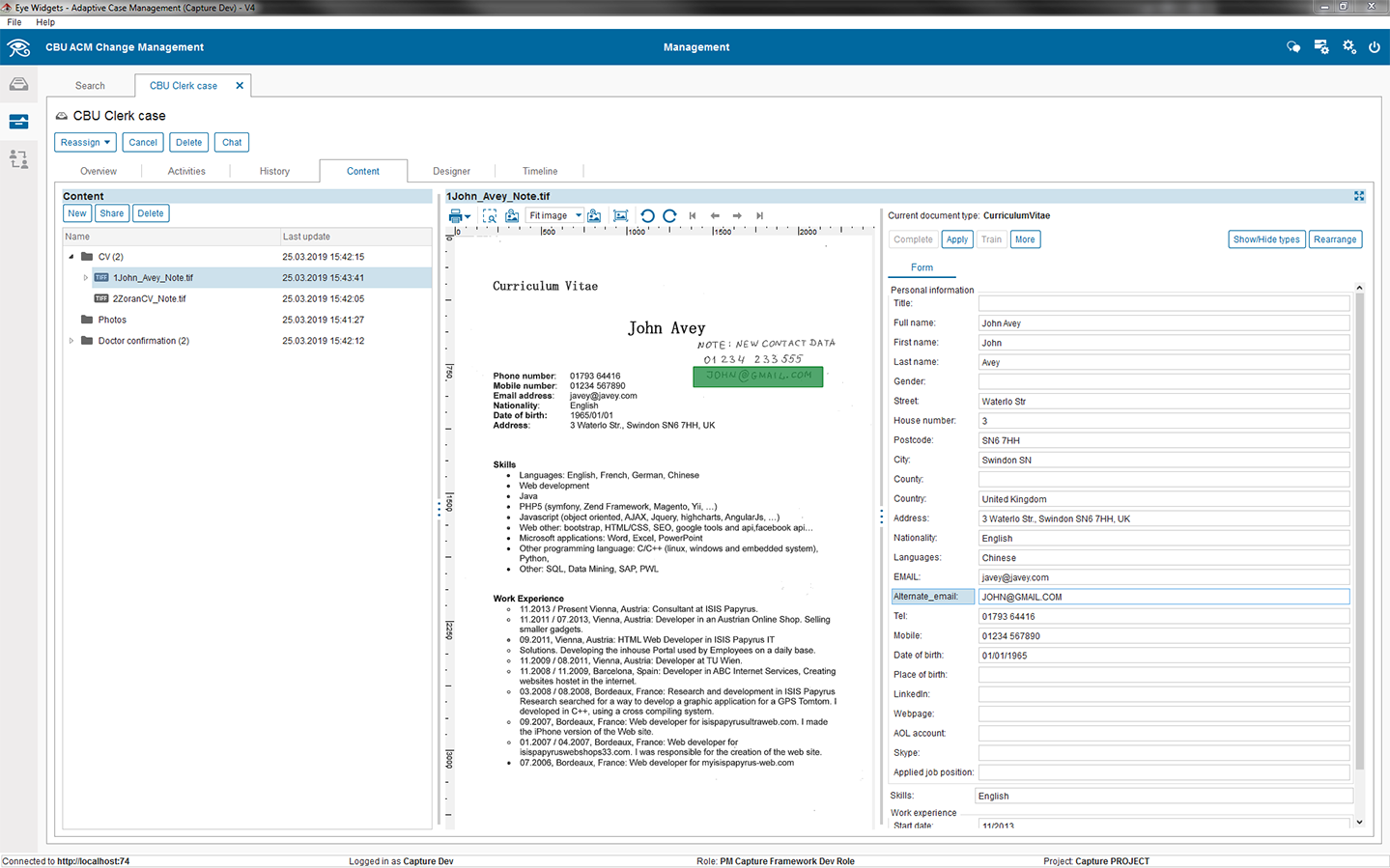