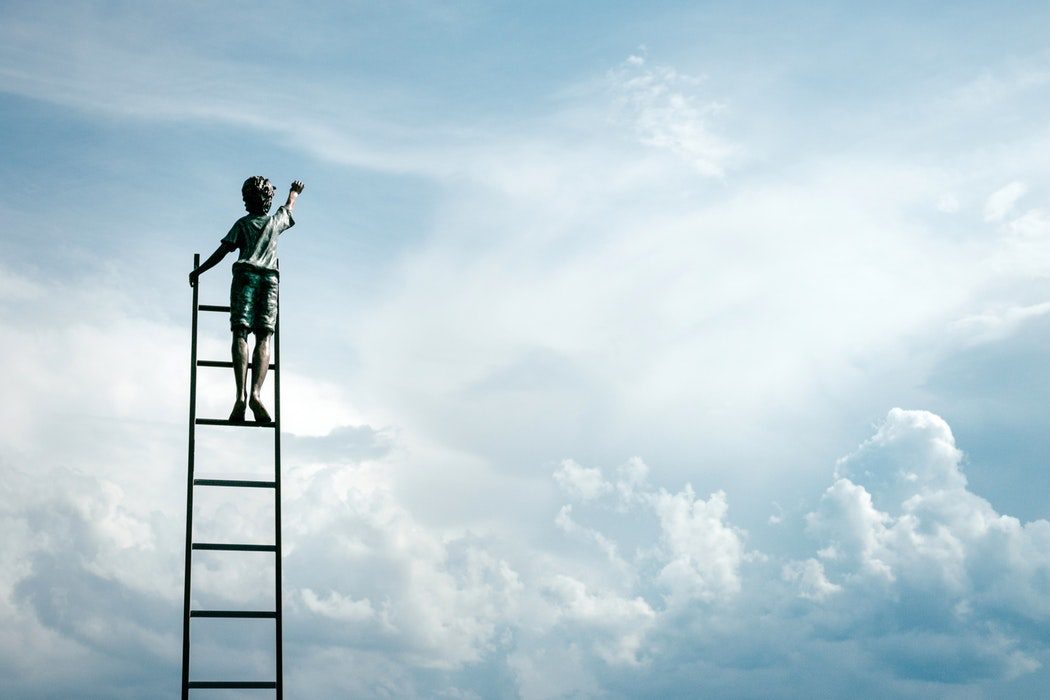 Designed to enable the enterprise to implement distributed object-oriented business solutions, the Papyrus Platform is a distributed system of objects (peer-to-peer architecture) in which all nodes (computers in a network) may use the same objects residing on the domain controller or any other nodes.

All nodes use identical software features - there is no difference between client and server.

The illustration shows an architecture distributed across different operating systems, which is very common in mid- and large enterprises. 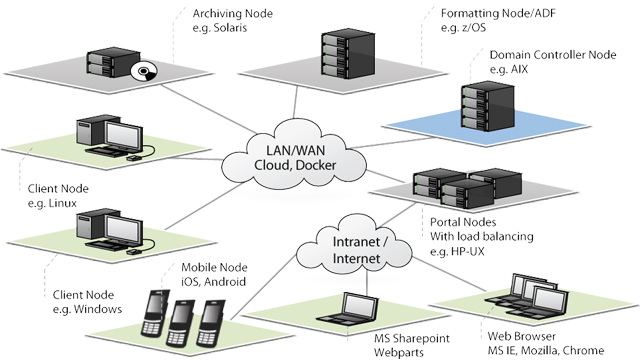 How to Deploy Papyrus in the Cloud

Papyrus Distributed Architecture in the Enterprise

The Papyrus domain controller is the main and central point of the system. All other locations, branches or departments are nodes to the overall domain, and they use proxy replication for increased performance - allowing offline work for disconnected periods but still centrally maintaining all the process steps, document templates and resources.

Nodes can run on any of the supported operating systems, in a mixed environment and/or in a cloud infrastructure such as Amazon Cloud. In fact, Papyrus has unlimited scalability as it provides the capability to replicate nodes with load balancing and fail-over. With Papyrus, it is possible to run the core of the system in the cloud, while certain nodes, such as those to connect with internal applications, can be kept internally.

Papyrus enables companies to provide their thousands of business users and partners working remotely to work offline for a certain period. The Papyrus Digital Platform automatically performs a bi-directional sync when any of the business users connects to the network.

A typical production domain consists of several nodes, each of them providing specific services which are centrally managed. A node can run in isolation or together with other nodes on any of the supported operating systems. 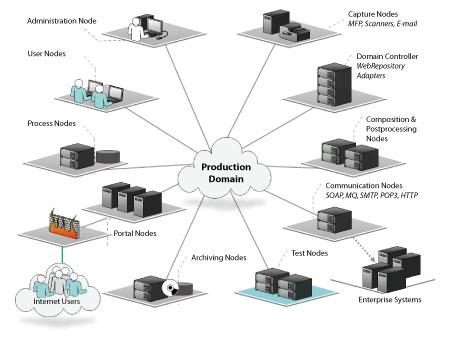 The Papyrus Digital Platform makes use of the Service Oriented Architecture of the Papyrus Platform as it not only allows to run a case (one or more processes) on any of the nodes but it is also possible to define on which node a specific task should be executed. 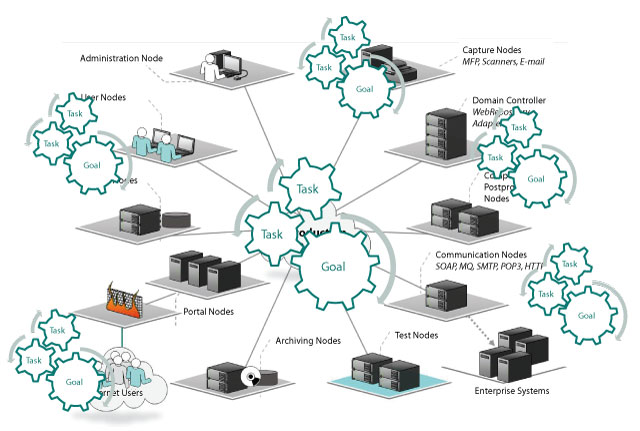 Papyrus ACM provides the ability to execute the processes centrally or distributed while the management of those processes can still be performed from a central point.

Papyrus ACM - Made for the Cloud
English