Business users are empowered with a Web-enabled, centrally managed GUI offering the same layout and functionality as desktop applications – without additional coding

VIENNA and DALLAS (Sept. 22, 2008) - With only Papyrus WebPortal and a browser with the Flash© plug-in, enterprise users are taking rich document applications beyond the desktop with Papyrus EYE technology, providing identical appearance, behavior and features across browser and fat client desktop without any programming modification to the application.

“Never before was it so easy to enable a desktop application for the browser,” says Annemarie Pucher, CEO of ISIS Papyrus. “Organizations enhancing quality, efficiency and collaboration are increasingly looking to standardize through a common middleware platform that will meet the needs of all enterprise communications. Papyrus applications built using the Papyrus EYE technology are giving new meaning to usability and time to market by avoiding the extra delays, resources and expense of programming and testing to develop a ‘Web-enabled version’ of a desktop user application.”

“After many years of employing only its proprietary desktop, we initially opened the Papyrus Platform via the WebPortal with an XML language called PPL to present applications to the Web,” said Max J. Pucher, Chief Architect of ISIS Papyrus. “The level of difficulty and heavy XML and JavaScript coding requirement in that approach prompted us to develop Papyrus EYE and remove the constraints on a business user’s ability to deliver high-quality service quickly and efficiently.”

In fact, with Papyrus EYE customer account teams working in the Papyrus EYE browser front end with their Response Management Application on shared queues see no difference compared to their desktop application. In a browser view identical to the desktop view, they continue to see entries as they are newly entered, locked by team members, updated and moved to other queues without the need for manual refresh. In responding to customers and colleagues, they can select the same templates and text editing features, enable/disable standard text blocks, and route the document for approval, just as if they were in the desktop application.

Papyrus EYE Designer
To make user interface development very easy, ISIS Papyrus provides the Papyrus EYE Designer as a feature of the Papyrus Desktop. With this tool technical users (not C++ or Java programmers) can assemble a new user interface layout from predefined views. Alternatively they can develop their own completely new views. The GUI concept makes all views movable, collapsible and resizable by the end user. The business user can also change his GUI parameters based on his set preferences in terms of font style, colors and layout.

A key feature of the Papyrus EYE Designer is that it works with live data from the Papyrus Platform test environment, making it is easy to see how the user interface will function and display in a real environment. Because different panes are displaying information based on selections made in other panes, such as a tree or a folder view, a static GUI design was ineffective, so this feature mirrors the development concept in Papyrus Designer, where real data are also used to layout documents.

Papyrus EYE Special Features
As part of the ISIS Papyrus platform, Papyrus EYE benefits from integrated security, audit trail, version management, and change and release management. A project containing a Papyrus EYE application goes through development, test and acceptance into production via the centrally managed Papyrus Repository. Even distribution to the different servers, desktops and laptops that may require offline functionality is automatically handled of by ISIS Papyrus, reducing the need for additional involvement from IT operations.

Papyrus EYE also offers the latest in GUI features such as the 3D View. This view works like a ‘Wurlitzer’ disk changer to rotate through documents in a folder or a process/case container or through screen panes that the user can open. This provides a much faster preview technique on the Web. 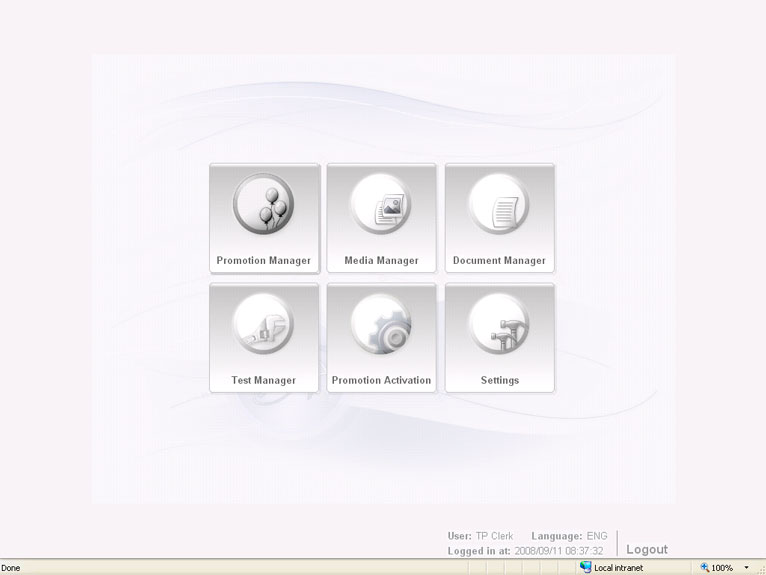 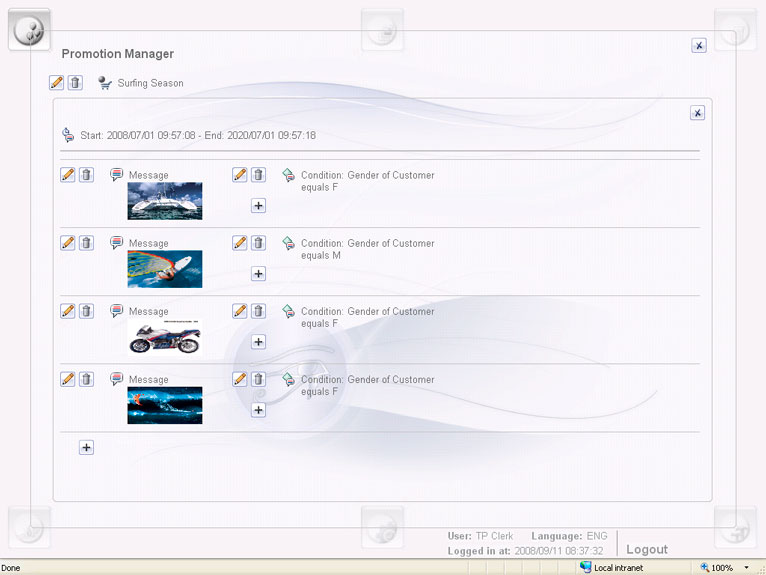 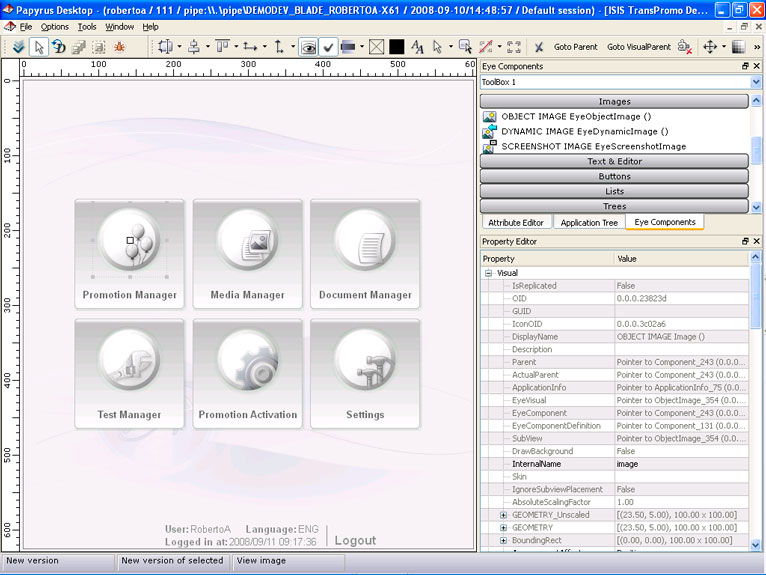 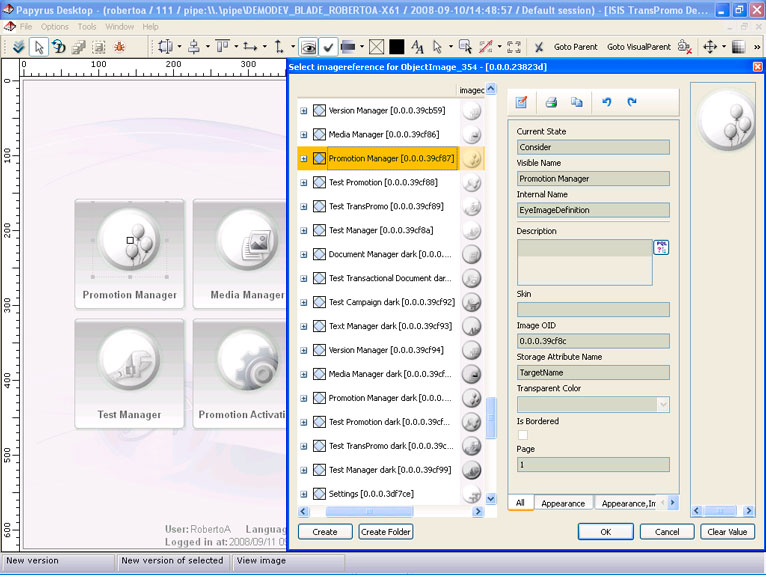 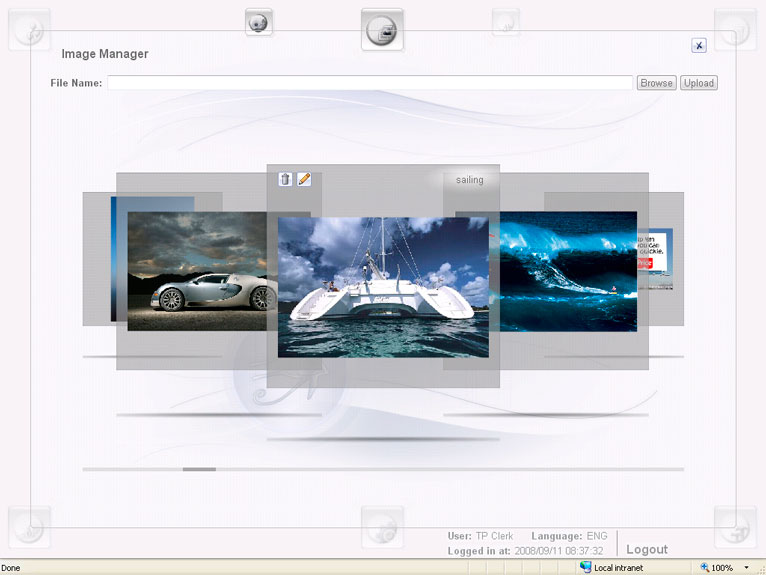 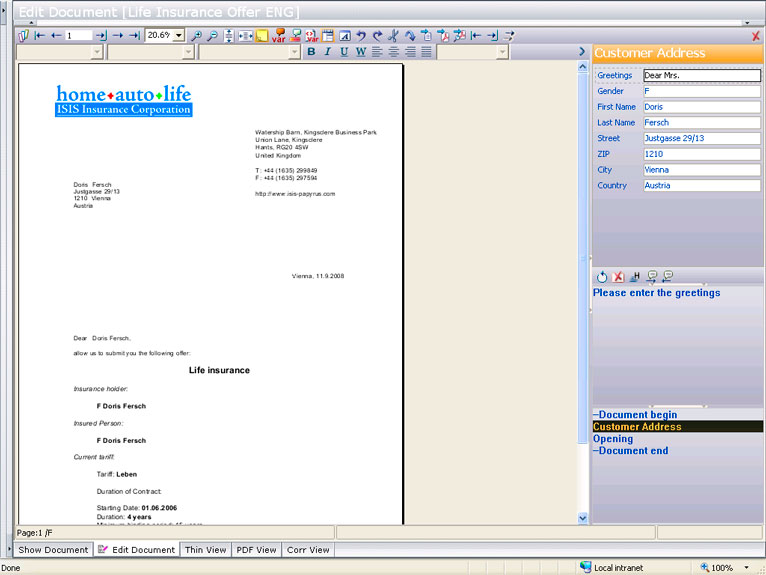 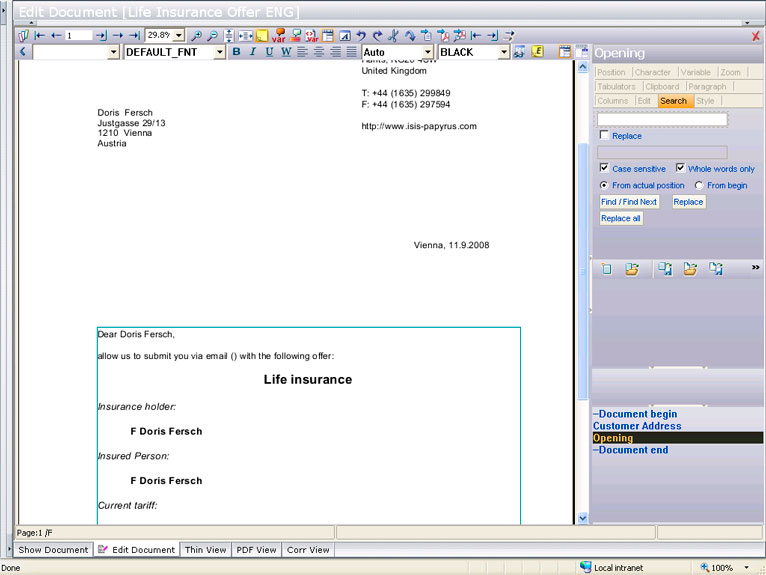 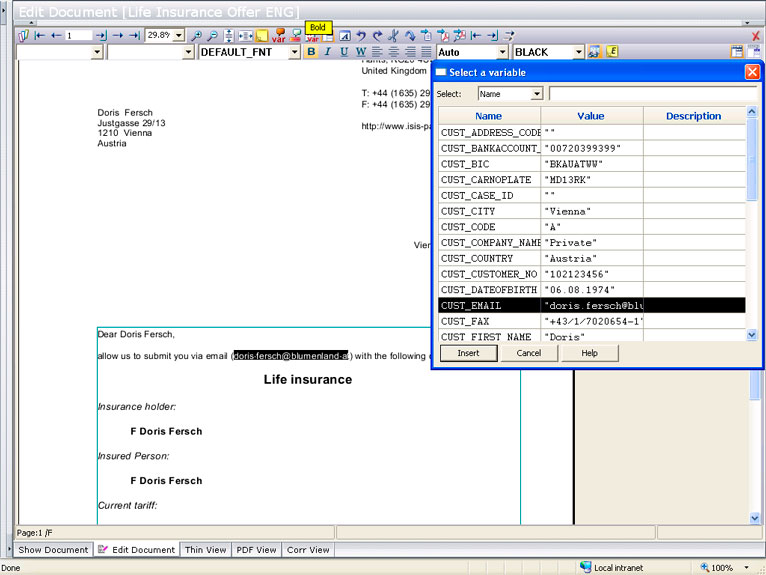 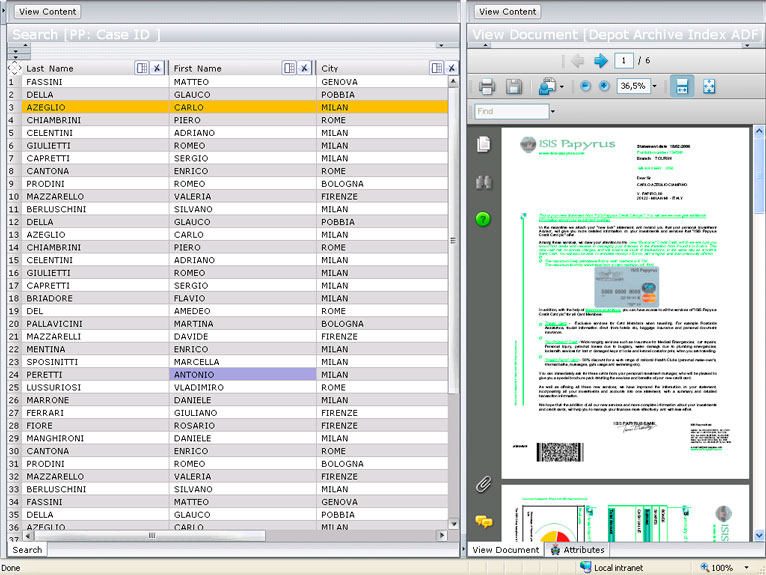 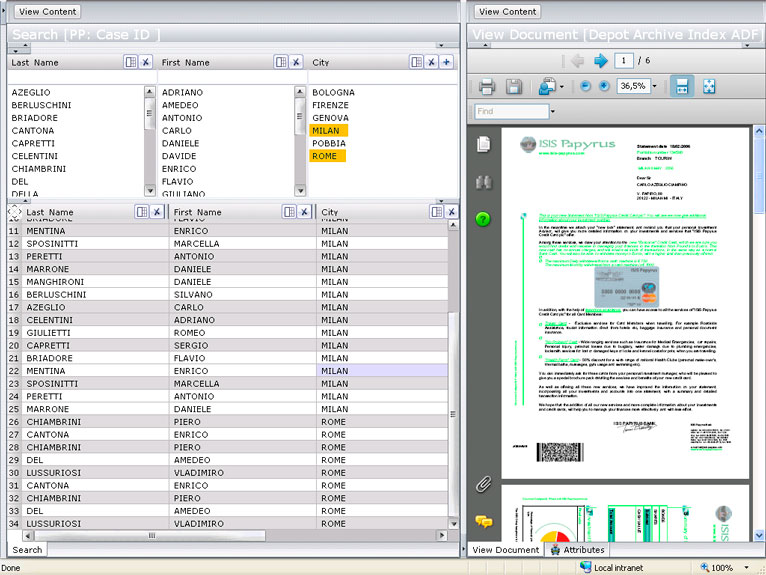 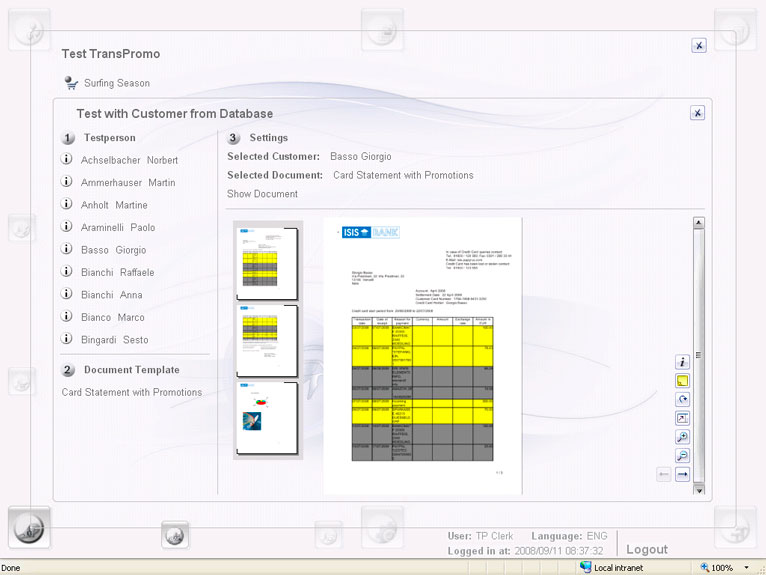